The Selfie: Narcissism Or Work Of Art?

Posted on September 8, 2014 by Art Selectronic 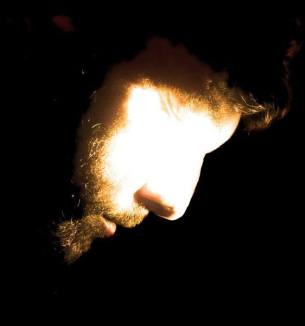 Self-portraiture has been a staple of artistic practice for centuries. In recent times the selfie has ushering in a new era of popular and widespread photographic self-representation. Image Selfie by artist Tom Estes  On display in Venice Italy, at ArtVenice Biennale 3 and at The Selfie Show: An Art Exhibition of Self-Portraits at The Museum of New Art, Detroit from May 8th, 2015

How do you manage to keep a 400-year-old Leonardo Da Vinci self-portrait from disintegrating? It would seem the drawing, Portrait of a Man in Red Chalk, which resides in a vault in the Royal Library of Turin, may not be long for this world. The artwork has been exposed to humidity over the centuries and scientists are struggling to keep the work from disappearing, especially since the chalk drawing is thought to be the master’s only extant portrayal of himself.

The Leonardo da Vinci’s masterpiece, drawn in the early 1500s and thought to be a self-portrait, is in extremely poor condition and continues to deteriorate each day. Scientists believe that the red chalk lines are gradually vanishing, fading into the paper, which has yellowed with age thanks to light, heat, moisture, metallic and acidic impurities, and pollutant gases. “This phenomenon is known as ‘yellowing,’ which causes severe damage and negatively affects the aesthetic enjoyment of ancient artworks on paper,” Joanna Lojewska, of Jagiellonian University in Krakow, Poland, said in a press release. However the scientists have developed a new approach to identify the culprit of the yellowing without interfering with the original drawing and the knowledge gleaned could be used to preserve and save the precious self- portrait..

Although self-portraits have been made by artists since the earliest times, it was not until the Early Renaissance in the mid-15th century that artists can be frequently identified depicting themselves as either the main subject, or as important characters in their work. With better and cheaper mirrors, and the advent of the panel portrait, many painters, sculptors and print makers tried some form of self-portraiture. Da Vinci is widely considered to be one of the greatest painters of all time and perhaps the most diversely talented person ever to have lived. Leonardo has often been described a man of “unquenchable curiosity” and “feverishly inventive imagination”. According to art historian Helen Gardner, the scope and depth of his interests were without precedent and “his mind and personality seem to us superhuman, the man himself mysterious and remote”. Da Vinci was also know for his technological ingenuity and and the empirical methods he employed that were unusual for his time. Marco Rosci states that while there is much speculation about Leonardo, his vision of the world is essentially logical rather than mysterious. His genius, perhaps more than that of any other figure, epitomized the Renaissance humanist ideal. So it is no surprise that people are concerned about conserving his portrait.

Images of artists at work are encountered in Ancient Egyptian painting, and sculpture and also on Ancient Greek vases. One of first self-portraits was made by the Pharaoh Akhenaten’s chief sculptor Bak in 1365 BC. Plutarch mentions that the Ancient Greek sculptor Phidias had included a likeness of himself in a number of characters in the “Battle of the Amazons” on the Parthenon, and there are classical references to painted self-portraits, none of which have survived. Portraits and self-portraits have a longer continuous history in Asian art than in Europe. Many in the scholar gentleman tradition are quite small, depicting the artist in a large landscape, illustrating a poem in calligraphy on his experience of the scene. Another tradition, associated with Zen Buddhism, produced lively semi-caricatured self-portraits, whilst others remain closer to the conventions of the formal portrait.

Many painters are said to have included depictions of specific individuals, including themselves, in painting figures in religious or other types of composition. Such paintings were not intended publicly to depict the actual persons as themselves, but the facts would have been known at the time to artist and patron, creating a talking point as well as a public test of the artist’s skill. In the earliest surviving examples of medieval and renaissance self-portraiture, historical or mythical scenes (from the Bible orclassical literature) were depicted using a number of actual persons as models, often including the artist, giving the work a multiple function as portraiture, self-portraiture and history/myth painting. In these works, the artist usually appears as a face in the crowd or group, often towards the edges or corner of the work and behind the main participants. Rubens’s The Four Philosophers (1611-12) is a good example. This culminated in the 17th century with the work of Jan de Bray. Many artistic media have been used; apart from paintings, drawings and prints have been especially important.

In the famous Arnolfini Portrait (1434), Jan van Eyck is probably one of two figures glimpsed in a mirror – a susprisingly modern conceit. The Van Eyck painting may have inspired Diego Velázquez to depict himself in full view as the painter creating Las Meninas(1656), as the Van Eyck hung in the palace in Madrid where he worked. This was another modern flourish, given that he appears as the painter (previously unseen in official royal portraiture) and standing close to the King’s family group who were the supposed main subjects of the painting.

Selfies are popular among both genders. Women artists are notable producers of self-portraits; almost all significant women painters have left an example, from Caterina van Hemessen to the prolific Elisabeth Vigée-Lebrun, and Frida Kahlo, as well as Alice Neel, Paula Modersohn-Becker and Jenny Saville who painted themselves in the nude. Vigée-Lebrun painted a total of 37 self-portraits, many of which were copies of earlier ones, painted for sale. Until the 20th century women were usually unable to train in drawing the nude, which made it difficult for them to paint large figure compositions, and portraiture was a common specialism. Until the 19th century, they usually showed themselves in the act of painting, or at least holding a brush and palette. More often than with men, the viewer wonders if the clothes worn were those they normally painted in.

There is already a long tradition of the photographic ‘selfie’. One method involves setting the camera or capture device upon a tripod, or surface. One might then set the camera’s timer, or use a remote controlled shutter release. Finally, setting up the camera, entering the scene and having an assistant release the shutter (i.e., if the presence of a cable release is unwanted in the photo) can arguably be regarded as a photographic self-portrait. Today most selfies are taken with a camera held at arm’s length or pointed at a mirror, rather than by using a self-timer. And selfies are often shared on social networking services such as Facebook, Google+, Instagram, Snapchat, Tumblr and Twitter. The media tends to highlight online social practices of creating a ‘selfie’ as being the result of narcissistic behaviors, simply because Internet and mobile phones are communication tools open to everyone.

However selfies have also been taken beyond Earth and by non-human entities. There is an image by NASA’s Curiosity rover captured by a camera of itself on Mars. In 2011 a crested black macaque stole a wildlife photographer’s camera, and when the camera was later recovered it was found to contain hundreds of “selfies”, including one of a grinning female macaque. This incident set off an unusual debate about copyright.

Oliver Laurent, Associate editor of British Journal of Photography and editor of recently-launched FLTR states: “Unfortunately, the selfie continues to be the target of derision, despite its popularity across all generations of cell phone users. It’s bogged down in this narcissist argument”.  The term Narcissism’ originated from the Greek mythology, where the young Narcissus fell in love with his own image reflected in a pool of water. The concept of excessive selfishness has been recognized throughout history but in ancient Greece the concept was understood as hubris. It is only in recent times that it has been defined in psychological terms. Narcissism is as a modern-day concept in psychoanalytic theory is also considered a social or cultural problem. It is a factor in trait theory used in some self-report inventories of personality such as the Millon Clinical Multiaxial Inventory. It is one of the three dark triadic personality traits (the others being psychopathy and Machiavellianism. Except in the sense of primary narcissism or healthy self-love, narcissism is usually considered a problem in a person’s or group’s relationships with self and others. Narcissism however, is not the same as egocentrism. And likewise the Selfie is also often confused with profile pictures and with some self-representation practices that we can see on Facebook.  However things look like they might be set to change. MONA in Detroit is launching he Selfie Show: An Art Exhibition of Self-Portraits while Apptitude Media, publishers of the British Journal of Photography(BJP) announced the launch of a digital magazine focused solely on mobile photography.The magazine itself is initially being sold as an iPhone-only app. Right now, the technologies that we use to understand the world are in the process of a major transformation. Almost every field of knowledge is generating vast quantities of data, requiring unprecedented computing power and intelligent algorithms to interpret. The head-spinning pace of technological and social change brought about by the internet have made us all accustomed to the transformations and innovations that would have amazed us ten years ago. Now they are merely passing news, as transient as a tweet, video, or Facebook post. The reality of our personal identity is not only fluid but also self-assigned and as individuals in the Digital Age, we have more control of the construction of our own identity than ever.

And @ this years ArtVenice Biennale 3.

Art Selectronic is an artist-led initiative, that supports grass-roots contemporary art that remains unswayed by fashion, trends or the whims of government funding. The project involves ongoing research into the placing of contemporary art, it’s audiences and it’s relationship to the everyday. We place great emphasis on context. Our mission is to support new works of contemporary art and foster an audience from a wide range of backgrounds.
View all posts by Art Selectronic →
This entry was posted in Uncategorized. Bookmark the permalink.