Posted on September 2, 2015 by Art Selectronic 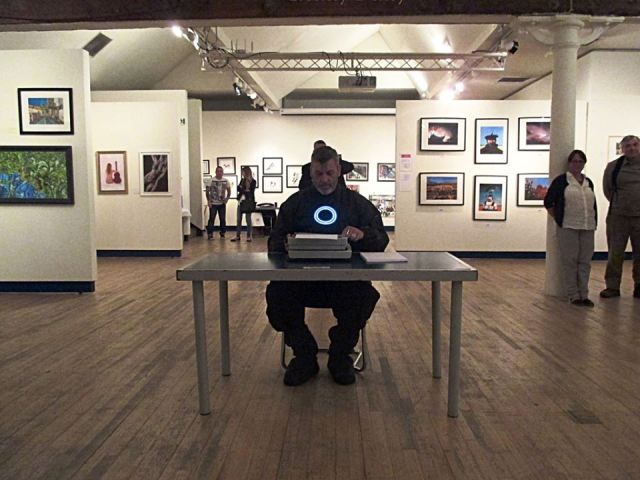 Many artists believe that all they have to do to get known is to head south to show their art in  a major art center such as London and somehow, collectors will discover and appreciate it immediately. Continuing with this magical thinking, they fantasize that the exposure will result in instant recognition Image: Typical aircraft-mounted magnetic compass

For many aspiring artists heading to one of the big art centers, such as London is an important step in their career. As an artist it is great to be in the epicenter of a city where there is cross fertilization. But alas, this is becoming prohibitively expensive. And the art world is a uniquely unregulated environment that it can leave people completely high and dry. Incredibly talented artists can be without gallery representation surviving on the breadline while other people hit that golden mean and are catapulted into worldwide markets. It’s very important to keep a level head within all of this. Not to become beholden to the art market.

So where can young or emerging artists can go if they have the sudden unrelenting urge to leave the country? Paris is tired. Berlin is reaching saturation point. New York is obsessed with success and London is just extortionate. Art is, or at least can be, many things at many different points in time and space. Throughout its history—which is either long or short, depending on the definition agreed upon—it has assumed many different roles and been called upon to defend an equal number of different causes. Or, alternately—and this has turned out to be a much more appealing and rewarding tactic for most of the past century—it has been called upon to attack, question, and criticize any number of states of affairs.

The impetus that resulted in the creation of the micro-artfair, Magnetic North,  to be held in Dean Clough, Halifax, can be assumed to be be part of a wider movement to make the most of this rootless insecure age and a turn away from the traditional art meccas. From Athens to Warsaw, alternative art cities that are on the rise offering a cutting edge scene and the space to experiment.

Project managed by Alison Cunningham-Dunn who has been running galleries, pop up exhibitions not to mention a national art prize, this years Magnetic North is the launch of what is to become an annual event in the arts calendar.

Magnetic North will take place on the 5th and 6th September 2015 and will showcase some of the finest artistic talent the north has to offer. Based on logistics alone, galleries tend to prefer showing local artists for a variety of reasons. They have an easier time getting to know them, communicating with them, following their work, making studio visits, meeting with them in person, introducing them to potential buyers, and moving their art from location to location. Art by artists from the immediate area is also easier for galleries to sell mainly because potential buyers are often much more familiar with the local art scene than they are with artists from elsewhere who they’ve likely never heard of. In other words, there’s a lot less explaining and convincing to do. 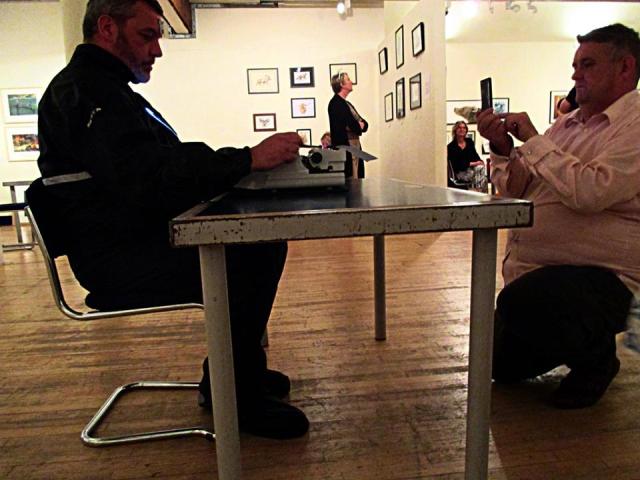 Magnetic North opened with a Live Art Performance by London based artist Tom Estes. Estes went through a process of de-materialization of his practice. In his performance ‘Virtual Drawing Machine’ developed at a residency during the prestigious Venice Biennale, he acts out the part of a hologram.

The more astute property developers have long had an adage: “Follow the art”. It is a truth widely acknowledged that where artists gather, so developers will follow, and the renaissance of certain inner-city neighbourhoods – particularly of SoHo in New York or Hoxton in London – has been pioneered by the artistic avant-garde. Across the country – and especially in superheated London, where stratospheric land values beget accordingly bloated developments – authorities are allowing planning policies to be continually flouted, affordable housing quotas to be waived, height limits breached, the interests of residents endlessly trampled.

In London’s property world the connection with art and artists is part of a process known as “cultural place-making”, engineered by developers over the past decade or so; wooing artistic partners to form more permanent unions, redolent of an earlier era of arts patronage. With last year’s World Cities Culture Report, commissioned by the Mayor of London, identifying culture as the defining essence of a city, it would seem to be in step with contemporary concerns. However, spaces are becoming ever meaner and more divided, as public assets are relentlessly sold off, entire council estates flattened to make room for silos of luxury safe-deposit boxes in the sky.  Homes and communities are replaced with investment units, to be sold overseas and never inhabited, substituting community for vacancy. The more we build, the more our cities are emptied, producing dead swathes of zombie town where the lights might never even be switched on.

In the messianic sense of a “calling” or κλησις—a call to either change or preserve, for those are the only real options open to the messianic—we might locate both the roots of art’s historical contribution to the hallowed tradition of critique and the practice of critical thought, as well as its share in the business of shaping the future—preferably (and presumably) a different future from the one that we knowingly envision from the vantage point of “today.” 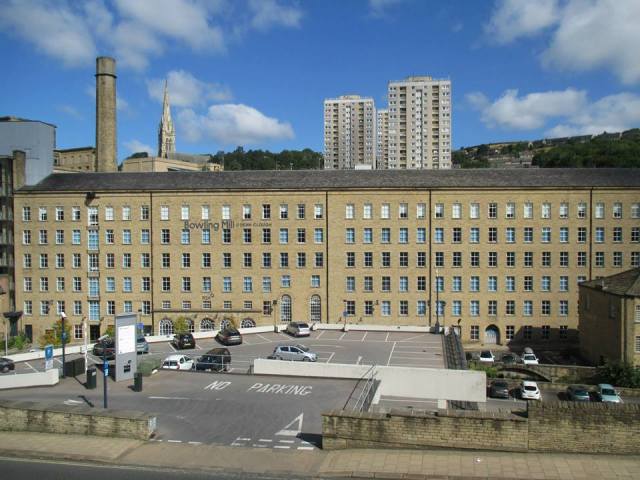 Magnetic North will be held in the magnificant Dean Clough in Halifax, Calderdale, West Yorkshire, England. Dean Clough, a group of large factory buildings built in the 1840s–60s, is now seen as a leading example of successful urban regeneration

Right now we exist at hyper speed. Creatives battle for attention across a myriad of platforms and new names emerge faster and harder. In London it’s very difficult to imagine where everyone will go now it’s getting so expensive. Artists need cheap space and in each contemporary art hub, they’re being driven to the fringes of the city. Living at the edge of the action, on the edge of poverty does not offer the freedom to be creative. It’s impossible to sustain a practice in these big cities that don’t support their local talent. East London was suddenly blocked by this alien invader called the Olympics that settled down to stop the spread of affordable studios. So maybe artists who go to London will have to commute just like businessmen but they’ll take the opposite commute –out to a studio in Basildon.

Art Selectronic is an artist-led initiative, that supports grass-roots contemporary art that remains unswayed by fashion, trends or the whims of government funding. The project involves ongoing research into the placing of contemporary art, it’s audiences and it’s relationship to the everyday. We place great emphasis on context. Our mission is to support new works of contemporary art and foster an audience from a wide range of backgrounds.
View all posts by Art Selectronic →
This entry was posted in Uncategorized. Bookmark the permalink.